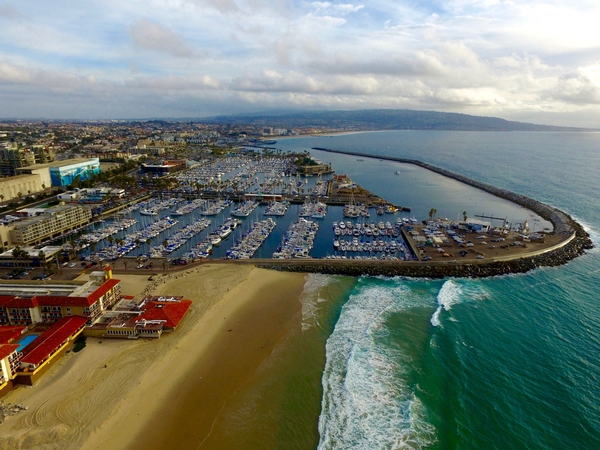 Why is CenterCal, our supposed partner, suing Redondo Beach? CenterCal is suing us because at 12:10 a.m. on February 1, 2017, officially 10 minutes AFTER the City's Exclusive Negotiating Agreement (ENA) expired, my opponent voted with Council Members Christian Horvath and Laura Emdee to agree to a framework lease of OUR harbor to them, for 99 years. My opponent , Horvath and Emdee were well aware of Measure C on the ballot for voters to decide on March 7, 2017. But they did not wait 35 days for the election, were not interested in the vote of the people, and gave CenterCal a reason to file a lawsuit. Had my opponent NOT voted for the City to sign a lease agreement for our harbor with CenterCal, the City Council vote would have been 3 to 2 NOT in favor of pre-empting the vote of the people. If my opponent had NOT voted to sign this agreement with CenterCal, there would have been be no shred of a basis for CenterCal to file a lawsuit against the City – no slight opening edge for one.

35 days! My opponent did not want to wait a mere 35 days, when voters overwhelmingly approved Measure C. 58% of the voters said YES for Measure C. Every neighborhood, every precinct, every district within Redondo Beach said YES to Measure C, and NO to the zoning allowing CenterCal to overdevelop our waterfront and build a boat ramp at a location deemed inherently unsafe by all the experts. We can revitalize without supersizing. Vote YES for Nils for District 1 City Council, the people's candidate and representative.